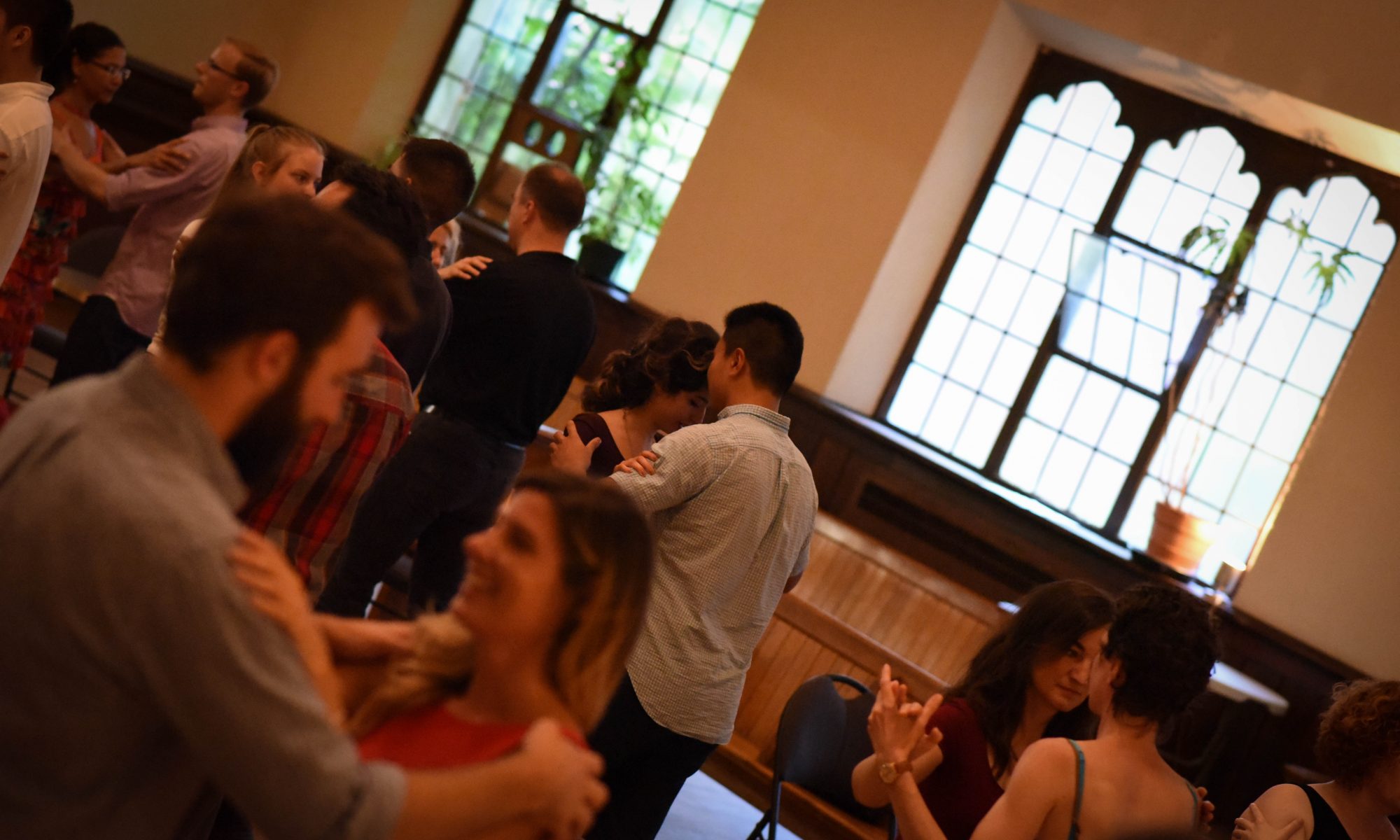 Francis Caron established Siempre Tango in 1999, as Ottawa’s first school dedicated exclusively to Argentine Tango. Over the next 20 years, he and his wife brigitte, with the help of a growing teaching team, would grow the Ottawa tango community into a thriving presence in the local social dance scene.

When Francis and brigitte decided to leave Ottawa in 2019, they bestowed Siempre Tango to Jewel and her teammates.

As the current team navigates the later stages of the COVID-19 pandemic, we continue Siempre Tango’s legacy of bringing people to tango and bringing the best of tango to Ottawa, Gatineau, and the National Capital Region.

Jewel grew up playing tennis, eventually playing at the Division I level. She left tennis to commit to her studies, so when Argentine Tango found her in 2006, she found a place for her inner drive to run wild. She had some years of intense learning, some of not dancing, but always continued learning about tango music.

Jewel started taking classes at Siempre Tango whem she moved to Ottawa in 2015. She began teaching in 2016, working intensively with Francis Caron in both tango and the Alexander Technique. She found that establishing deeply efficient and pleasurable movement habits leaves one free to enter the flow state that lies at the heart of joyful improvisation. Her classes emphasise the physical techinque needed to explore tango’s leading and following, and ways to navigate mental “game” of tango.

As a dancer, Jewel is well-known for her playful musicality. She gladly dances both roles.

Marcel is a dynamic dancer who is credited with being one of the founders of Ottawa’s tango community. After learning ballroom and club salsa, he started learning Argentine Tango in 1997, traveling to Montreal for classes. He and his late wife Daniele Lacroix started teaching in Ottawa and brought in well-known teachers to give workshops for the small-but-growing tango community. Once Francis Caron moved to Ottawa and established Siempre Tango, he asked Marcel if he wanted to join the team, and, as Marcel puts it, “Here we are, just a ‘few’ years later!”

Tiniko started Argentine Tango in Ottawa in 2010 and was hooked immediately. She immersed herself by taking local classes and attending tango events in North America, Europe, and Argentina. She began organising locally in 2014, and then moved to Buffalo, NY, organising events there for 4 years before returning to Ottawa. Her most well-known event was the annual ESO! Buffalo Tango Marathon, which brought 200 people together over a weekend to celebrate tango. Tiniko’s been teaching since 2015, and joined the Siempre Tango team in 2019. In her classes, she focuses on applying students’ natural movement, which best allows them to express themselves through tango, and she addresses creativity, musicality, technique, and connection to oneself, one’s partner, and the social scene.

Tiniko enjoys bringing the community together and empowering dancers of all levels to make the most out of their tango journey. Besides teaching at Siempre Tango Ottawa, she also hosted Milonga Querida twice a month on Saturdays up until the beginning of 2020.

Originally a musician, Francis began dancing Argentine Tango in 1994 and established Siempre Tango in 1999. His engaging musicality, humour, and eye for detail were highly influential on the growth of Ottawa’s tango community. Francis and his wife brigitte left Siempre Tango in 2019 to begin a new adventure. He is now a teacher and assistant director at the Montreal School of the Alexander Technique. Francis continues to visit Ottawa occasionally to teach both tango and Alexander Technique.

Mary Ellen began dancing Argentine Tango in 2000, and taught with Siempre Tango from 2002 to 2019. She became a certified Alexander Technique teacher in 2019, and you’ll occasionally see her mischievous smile at Ottawa milongas.